Where:  Any Dekalb County Recreation Center

When:  January 9 until March 2

Where: Clayton County Recreation Centers
When: Jan 30-Feb 4
Who: Girls and Boys ages 7-14
Cost: $75 for residents; $100 for non-residents; Fees include uniforms, team pictures and a participation award 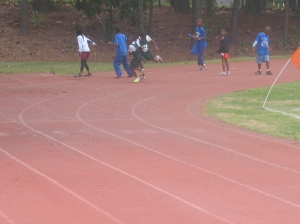 Umbrellas, rain coats and blankets were the must have items at the Dekalb County Parks and Recreation second Track and Field event of the season.

The predicted rain came just as the teams prepared for their first event of the day on Saturday, March 26th in Decatur.  Runners dashed for cover at the Avondale High School Stadium and waited patiently for an official call of the continuation or cancellation of the day’s events.  The Running Long Jump, Softball Toss and other field events were cancelled.

The cold temperatures and light rain did not dampen the enthusiasm of the crowd. Huddled under umbrellas and wrapped in blankets, parents and fans cheered for runners from Midway, Tucker, Gresham Park and the Cheetah Running Club as they raced towards the finish line.

Teams will meet again on April 2nd and April 26th at Panthersville Stadium in Decatur to complete the 2011 regular track and field season. On April 23rd, runners from several counties will compete at the County District Meet for a spot at the State Meet in Augusta, Ga. scheduled for May 6th and 7th. 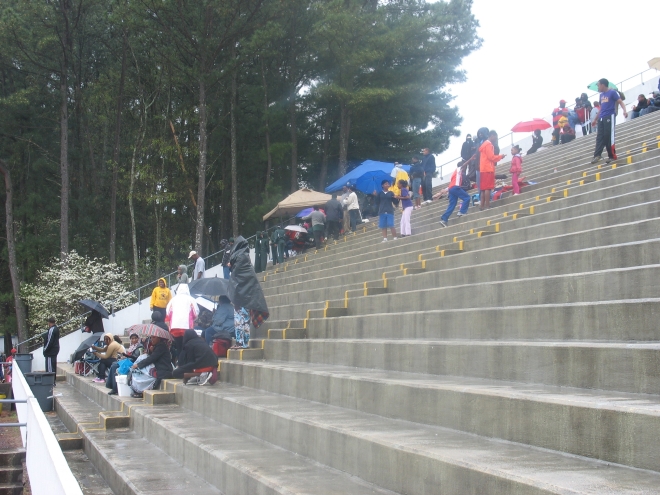